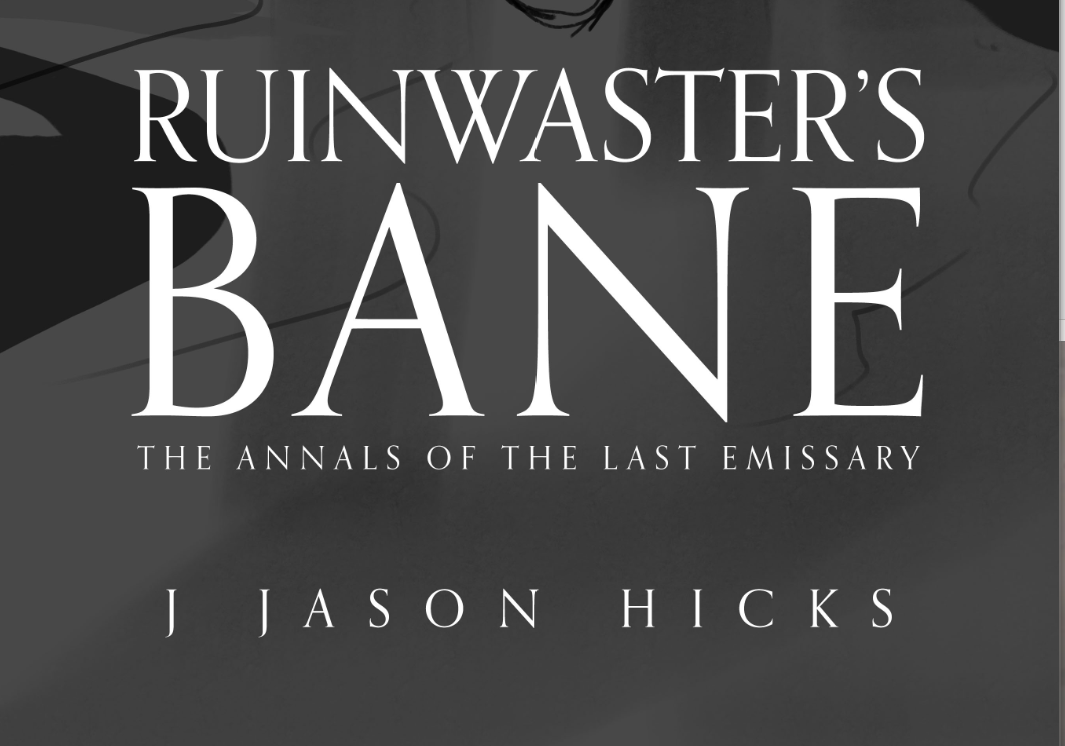 It was amazing. I’ve always admired artists. I always wanted to be able to draw but I just didn’t have the chops for it. Once we landed on a scene he showed me a sketch he had come up while we talked. It took him maybe less than five minutes.

I’d never met him. He knew next to nothing about the book but then he popped up a picture of the cover. It was just a sketch but I was immediately drawn in and captivated. I like it when an image draws you into a different world. This one will surely do that.

There will be a cover reveal in the spring. Here’s just the title from the sketch. This will change too. Here’s a taste. It’s coming to fruition.